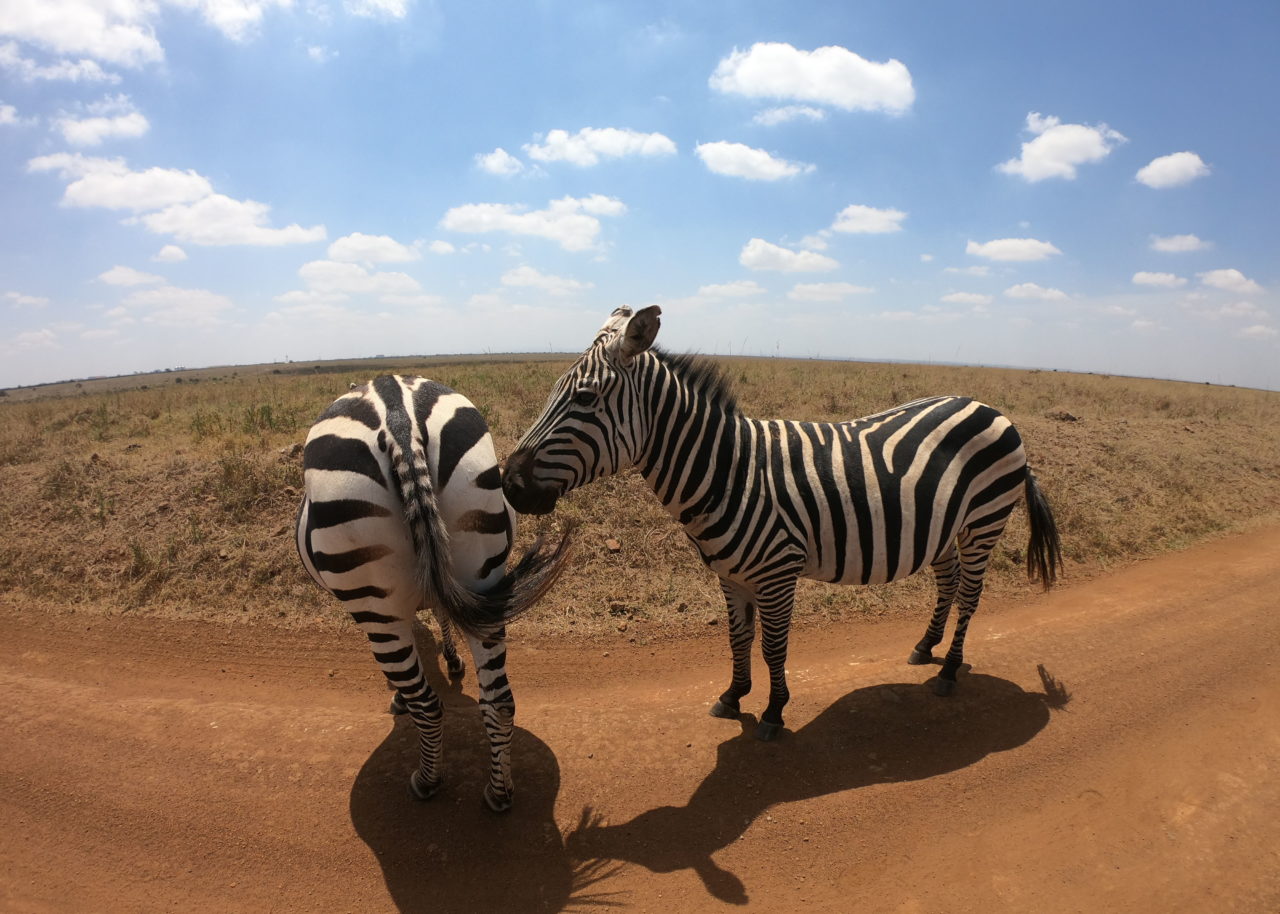 The African savannah is one of the most fascinating ecosystems on Earth. It is home to the largest and the tallest land animals, as well as some of the most famous predators. This arid region is subjected twice a year to intense rainfall, which turns it from a dry, barren land to a green, lush pasture. The green grass not only feeds zebras, giraffes, antelopes and the other local herbivores, but it is also a source of feed for livestock and a key resource for the livelihood of vulnerable pastoralists. The International Livestock Research Institute (ILRI) works for better lives through livestock in developing countries. Among its vast scientific research into development agenda, ILRI uses remote sensing technologies to monitor African pastures and predict their annual production. Vegetation fluorescence is a promising measure to improve these estimates; For this reason a team of researchers from the University of Milano – Bicocca, ILRI DI and ILRI Mazingira Centre decided to install a FloX in Kenya to allow the savannah to be continuously monitored.

The kapiti site in Kenya

Due to the harsh environment and the low level of infrastructure available at the site, the installation of the FloX became quite an adventure. A six meter tower was built from scratch and erected in the middle of an open pasture located in the footprint of an eddy covariance station (King’s College London and Mazingira Centre). Then was the array of solar panels, installed to make the system autonomous and able to take advantage of the abundant sun energy at the equator. The team had to constantly fight against ticks, but also enjoyed the tremendous view and the company of fascinating animals visiting the site. After seven days in the field, the mission was successfully accomplished and the first long term measurements of fluorescence in Africa are now under collection, hopefully improving our understanding of this wonderful ecosystem.

The research team with the flox measruing