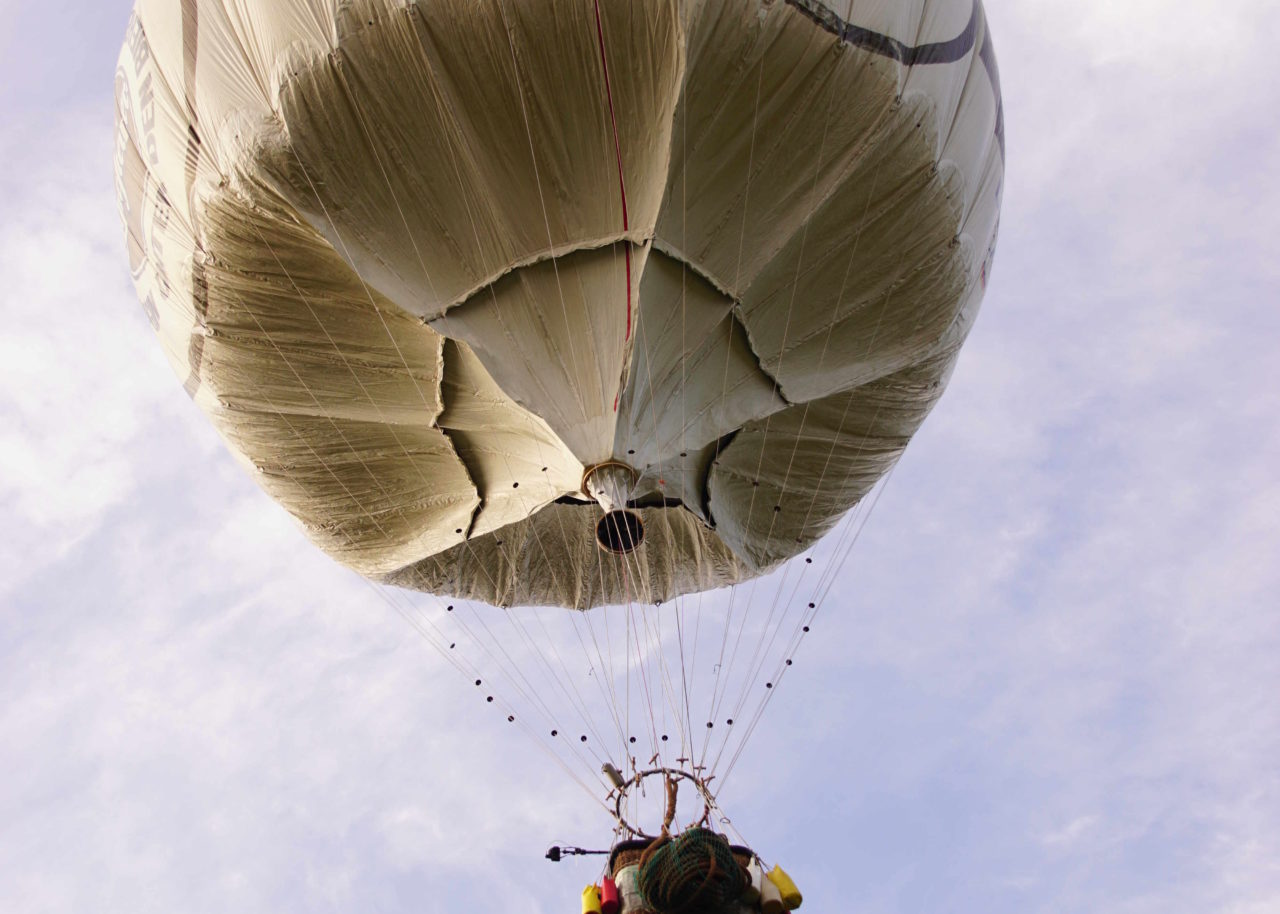 On Wednesday 30th of October a team from JB headed to the Gladbeck ballon airport to make use of the last day of clear blue sky for the year. They were equipped with an experimental hyperspectral sensor, the ‘AirFloX’. This special sensor system is designed within an ESA contract to take fluorescence estimates to another level. Primarily the AirFloX is a drone-based instrument, however to reach a higher altitude of more than 4 km, it was decided to switch the platform to a manned balloon. Although balloons are amongst some of history’s oldest flying vehicles, they bear extremely interesting capabilities for scientific missions, such as smooth flight and almost vertical take off.

Within the AirFloX mission the vertical spectral profiling of the reflected radiance is one of the key data collection targets. In order to collect this, the sensor and a camera system were installed on the balloon, allowing for the accurate determination of measured targets and enabling ‘structure-from-motion’ (SFM) calculation of flight position and nick and roll angles. While the AirFloX warmed up, 800 m³ of hydrogen gas streamed into the huge balloon, which rapidly developed its shape before beginning to hoist the gondola of the balloon upwards.
Under the lead of an experienced balloonist, two JB scientists joined the flight to ensure the smooth operation of the sensor. Gaining elevation at more than 3 m/s, the gas balloon went up vertically to an altitude of more than 4 km. It then silently hovered over forest, city and farmland before venturing towards the landing zone behind the river Rhine. The smooth decent was only interrupted by airtraffic control to let an airliner fly under the balloon safely.

a breath of fresh oxygen for the airflox operator

The balloon landed softly about two hours after take-off, with personell and sensor arriving safely on the ground, along with an SD card containing the most exciting data acquired with the AirFloX so far.